“Ahead of The Curve In Representation!”

TINSELTOWN TEAM ON SET OF KEEPING UP WITH THE KARDASHIANS!

Wendy is President of TPM, and is a seasoned Talent Manager and TV Producer in Hollywood.

With over 25 years in Business as a former nationally syndicated Entertainment Reporter, Wendy has built trusted relationships with major Hollywood studios, and A-list Talent.

She now operates her own reputable management company that provides high quality representation, along with other professional services for Celebrity Clients in Hollywood and around the Globe.

Tommy is Vice President of TPM. He got his start in the entertainment business as a Music Artist & Actor in 1999, and has worked on various projects throughout the country; with credits in Film, Documentary, Reality TV, and Sitcom Productions.

Tommy’s expertise in Development; Behind The Scenes Creations, (Producing, Writing, and Photography) allows him to work directly with the Talent at TPM, and give creative input and direction in the careers of some of Hollywood’s greatest talent.

In the Bay Area of San Francisco, California, is where Casey got his start… following his uncle SLY STONE and Father FREDDIE STONE, around the world, on various music tours, where he soon began to pick up musical skills. It was after his high school years that he became a professional musician, modeled after his uncle & father. He was incredible at writing and producing music, but suddenly decided to take a break from the Hollywood life, and his family’s music business. He then, ironically, joined the military to serve his country. There, he reached the height of his career, obtaining metals of valor, and became a high-ranking officer in the United States Army’s – Delta Force.

After leaving Delta Force with honors, he became Captain of Northern California’s organized retail crime unit, where he put his military investigative skills to work, helping to plan and solve many-many retail crimes. After retiring from service for good, his passion for music was re-ignited, and he returned to the family’s music business, and also started a family of his own. Casey is now an Executive Producer for; TV, Film, Documentary, and various animated projects. He has partnered with Tinseltown Productions & Management, where he and the TPM Team are creating several entertainment projects… one being, a New Regular TV Series entitled: ‘GROWING UP FAMILY STONE’, a scripted DRAMEDY based on his childhood experiences with his famous family.

Casey & the Team will re-unite with his uncle Sly, Father Freddie, and The original SLY & THE FAMILY STONE Band Members – to bring FANS all around the world, the true story of what his life was like growing up in a life-changing, inspirational ERA of music, with an ICONIC GROUP who have inspired the way millions of music artists today (from all genres) are leaving their mark on the world… through this ever-changing phenomenon called MUSIC.

FEEL FREE TO SHARE OUR SERVICES ON SOCIAL MEDIA BELOW

Thank You For Visiting 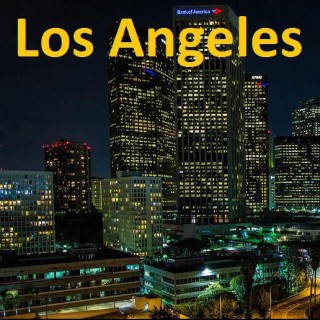 TPM Management. Ahead Of The Curve In Hollywood Productions & Talent Management.